Today’s Makeover Monday from Andy Kriebel and Andy Cotgreave looks at the growth in UK soccer player salaries over the last 30 years. The original article is here and the key visual they asked people to make over is this: 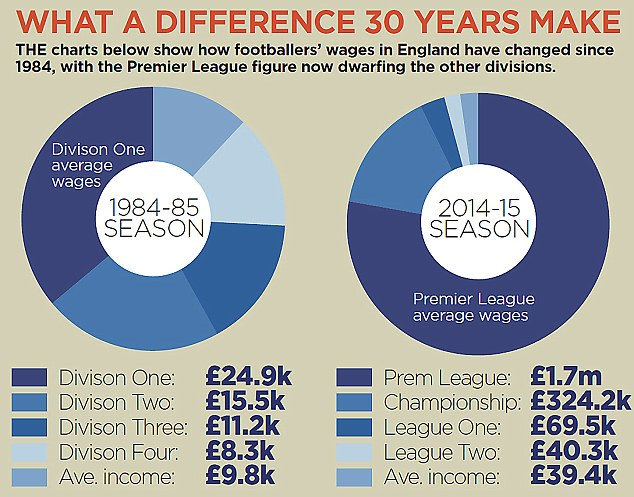 I calculated the compound annual growth rate (CAGR) for each of the groups. I wanted to compare each level in soccer against the average worker, so I used a bar chart with a dashed line for the average worker. Here is the visual I created: 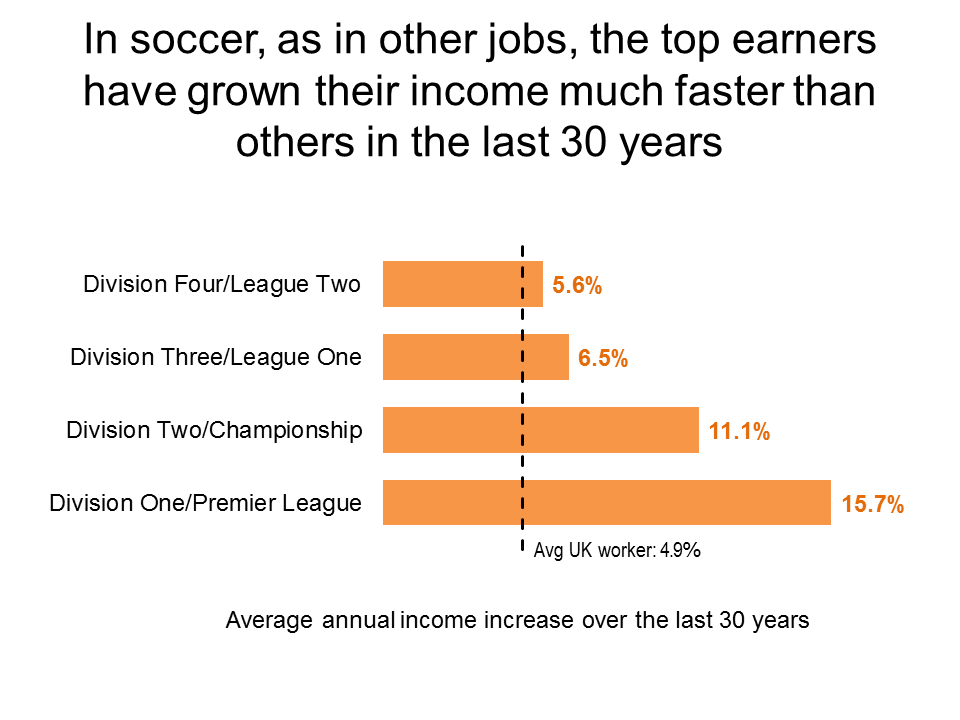 Tools used: Excel 2010 to do the calculations; PowerPoint 2010 to create the graph (the technique to create the dashed line as a second chart type with a bar graph is explained in my Implementation Guide for Creating Graphs and Visuals for Data)