Via Twitter I came across an interesting visual created by Nadieh Bremer to show the inflows and outflows that resulted in the Net income for an organization in their annual report. Here is the visual, used with Nadieh’s permission from her article. 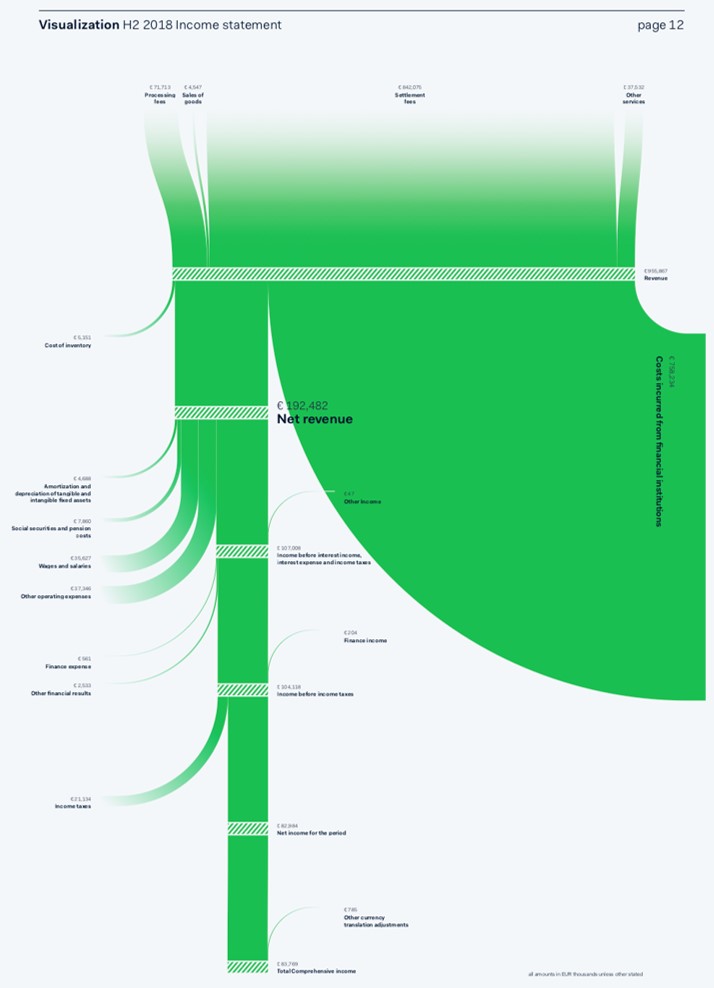 Here are some of the things I really like about it.

Nadieh used JavaScript and d3.js programming to create the visual. I was inspired by her visual and looked to create a visual in Excel that would capture what I liked about it. I knew I could not create a flow visual, but I decided on a bar chart that could show the progression from the different revenue streams at the top to the final income figure at the bottom. Here is the visual I created. 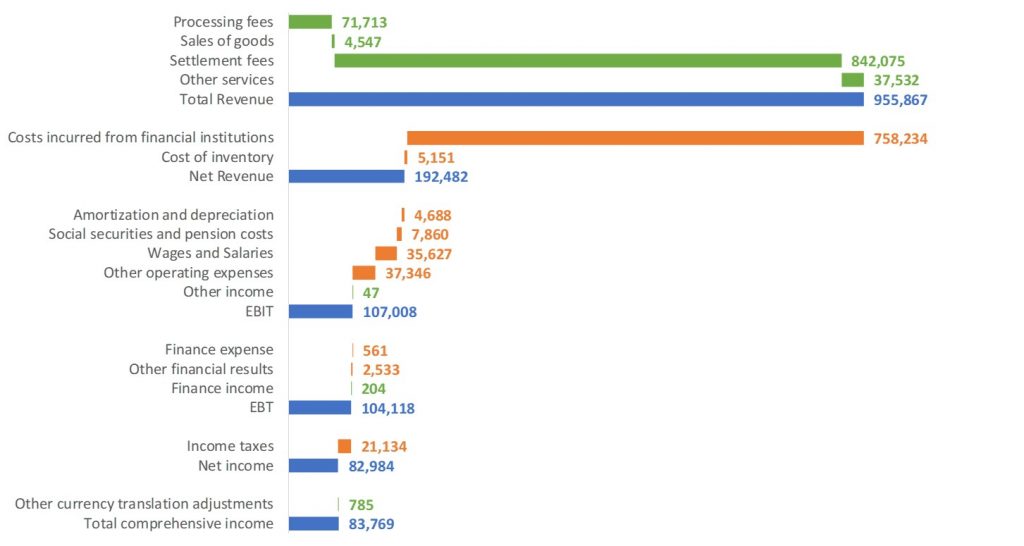 Here’s how I incorporated the different aspects I liked in Nadieh’s original visual:

I am thankful that Nadieh allowed me to use her visual in this article. When I find visuals from the world of finance and business that are clear and communicate effectively, I like to see how we can use Excel, a tool we all have, to create a visual that can be clear and effective.

Here are some key lessons to take away from this exercise:

I also created a short video explaining the ideas in this article if you prefer to watch my analysis and explanation.

If you want to learn more about building presentation-ready charts that are easy to update and re-use, register for my free online mini-course here. If you want to learn the expert-level skills to build these visuals, check out my Excel Chart Skills 501 online course.