The latest FinancialViz makeover video I posted illustrates a situation we can often find ourselves in. We are comparing items to each other and we want to show multiple characteristics of the items to make our point. In this example from the November 2018 issue of the Globe and Mail Report on Business magazine, the visual compares three population characteristics of Canadian cities. 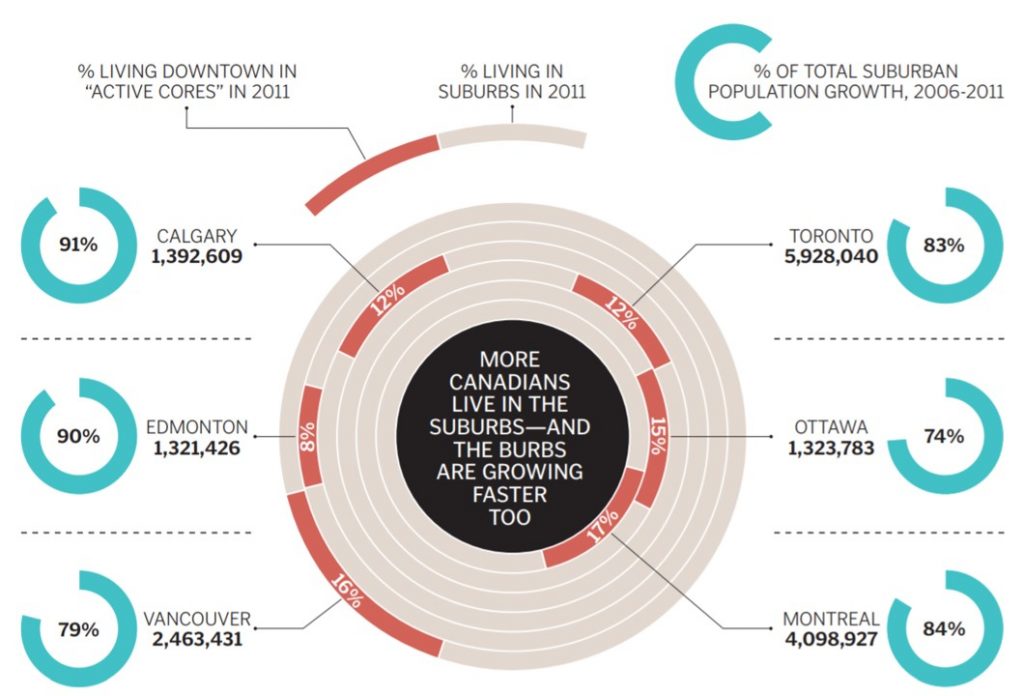 In the makeover I focused on creating a visual that allowed easy comparison of the values for each characteristic (population, % in suburbs, and suburb growth rate) across the group of cities selected. Here is the visual I created.

I used bar charts because they allow the viewer to easily compare values. Arranging the bar charts side-by-side allows for an easy comparison of multiple characteristics. The multiple bar charts are created using a single stacked bar chart with invisible segments to space out the visible bars. This makes sure the bars align properly with the city names.

The three characteristics have different measurement units so I scaled the bar values so they fit reasonably within the space for the chart. This is a good technique to use when the values are different by orders of magnitude. I used a feature introduced in Office 2013 to draw the population bar data labels from another set of cells since the scaled values used to create the chart would not be correct labels.

In the full makeover video I discuss how to add the baselines for each graph and a technique to use when the labels are longer than the bars as in the case for half of the values in the population bars.

When you want to compare a set of items on multiple characteristics, use multiple bar or column graphs arranged side-by-side to make it easier for the viewer to compare the values across the items.