In my workshops, one of the popular visuals that I show is a dashed line on a column graph because it allows the audience to see the measured values against a comparison value. A common example would be comparing performance in five regions against the company goal.

In a recent workshop an example came up where they needed to compare each measured value against two standards. They wanted to compare the value to the goal and to the best in class in the industry. Here is the table that we started with.

In this situation, I created the following visual to compare each measure to the two comparison standards. 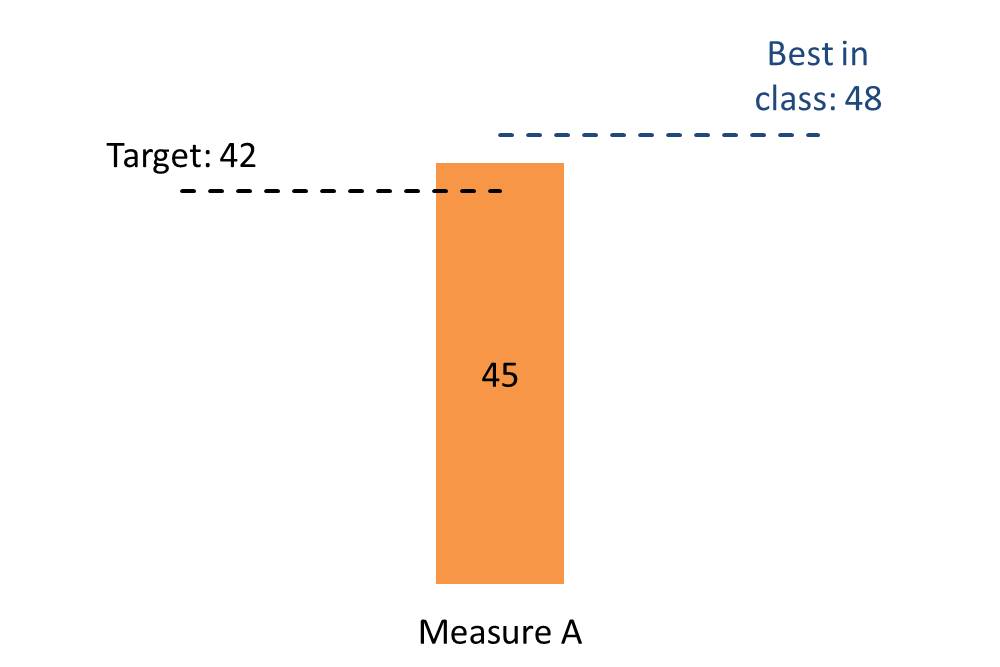 The visual above is a single column with two dashed lines, ones to the left and one to the right. It is created as a three series graph in Excel or PowerPoint with three categories. Here is the data table for the graph.

When you have to compare a value to two standards, consider a column graph with multiple comparison lines instead of a table.