In a previous newsletter I wrote about the challenges of using SmartArt in PowerPoint. The biggest issue is that you let the program decide on the formatting and have little or no control over it. A recent slide sent to me for one of my customized workshops was a good illustration of this issue. 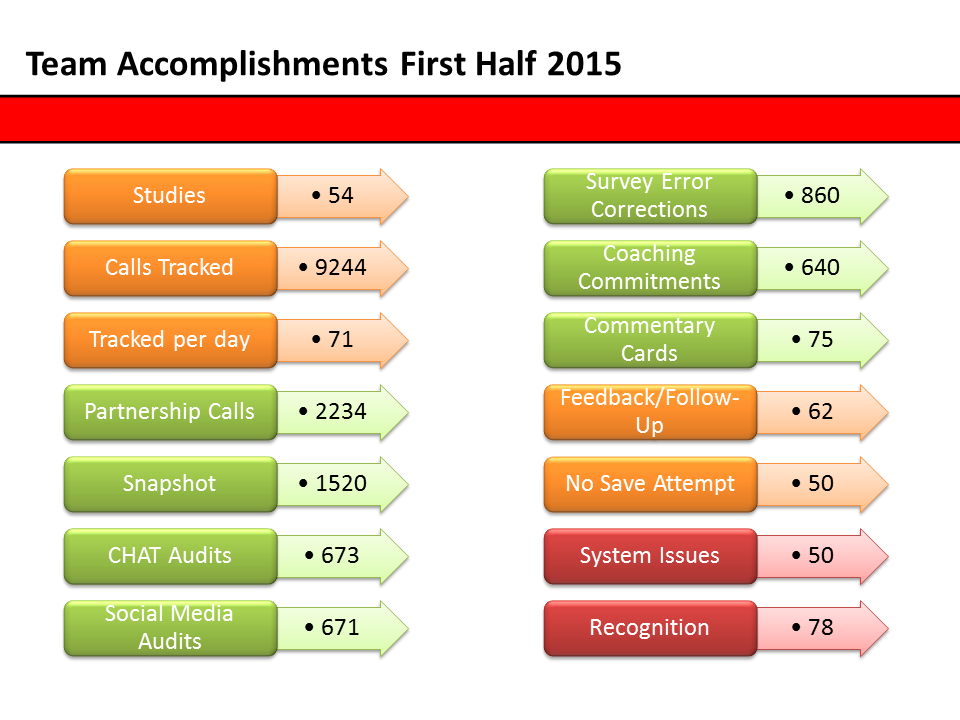 There are two big issues with this collection of SmartArt objects (yes, there are 14 separate SmartArt objects). First, the bullet in front of the text in the arrow can’t be removed. Try as you might, the text is forced to be formatted as bullets, even though in this slide the bullet makes no sense. This is a good example of formatting being forced on the user with no option to change it.

Second, the arrow shape indicates sequence or movement, but that is not the message of the slide. The slide is reporting important metrics, not indicating sequence. This is an example of the presenter selecting a SmartArt based on how it looks instead of what message it is communicating. When you look at this SmartArt, the description starts with, “Use to show a progression or sequential steps in a task, process, or workflow”. Always make sure that the visual you use communicates the message of the slide.

The message of the slide was to communicate the important metrics during the time period. There are three groups of metrics, as indicated by the three color groupings. Instead of using SmartArt, I used a formatted table to achieve a similar look that is much easier to format and have control over. 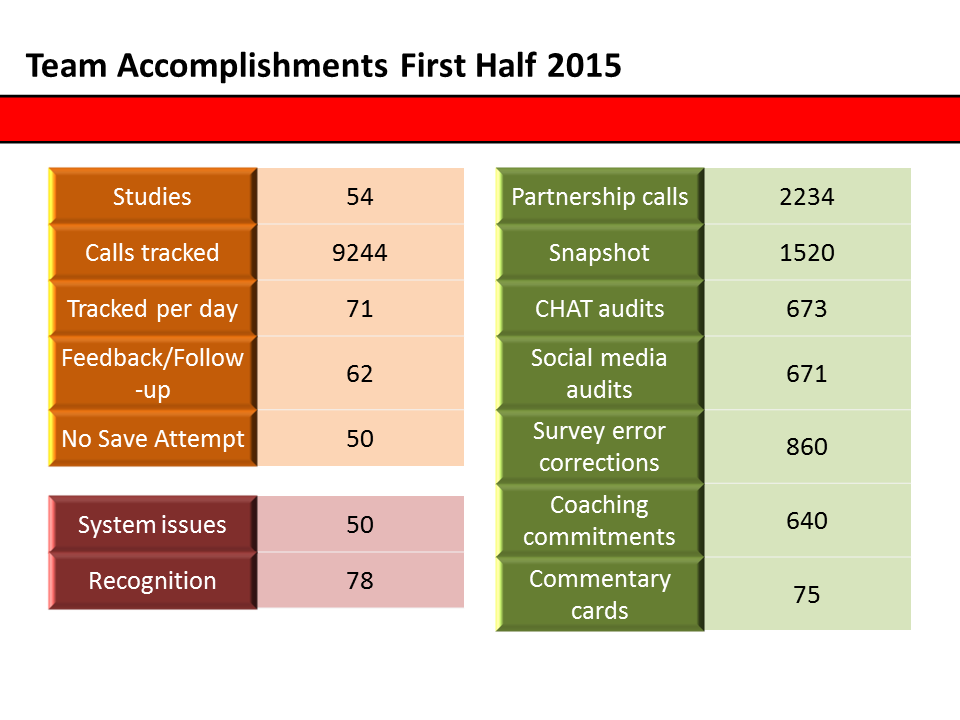 The formatting of each table is similar, with the three tables using three color schemes to denote each group of metrics. The original SmartArt used bevels to indicate the metrics, so I formatted the first column in each table using bevels. While I don’t often use bevels, they can sometimes be a way to show visual separation between adjacent cells in a table.

The arrows in the original slide have been replaced by simple table cells formatted with a lighter shade of the color. To separate the cells that contain the numbers, I used a thicker border line in white, the slide background color. When separating cells in a table, consider using the slide background color instead of a typical black border line to give a different look.

Because a table is used instead of SmartArt, you have much more control over the formatting of the cells and the text within each cell. The next time you consider using SmartArt, check to see if a table or collection of shapes will create a more meaningful visual.