Sometimes you have a complex image, maybe a process diagram, chemical structure, or detailed schematic. You want to focus on one area to explain your message and you want the viewer to have context of where that one area fits into the overall picture. In this article I show you how using a semi-transparent mask over the image can help you focus the viewer by defocusing the rest of the image.

Let me illustrate the technique by using a makeover of a slide I showed in one of my customized workshops. The example is a complex image of process equipment in a plant. 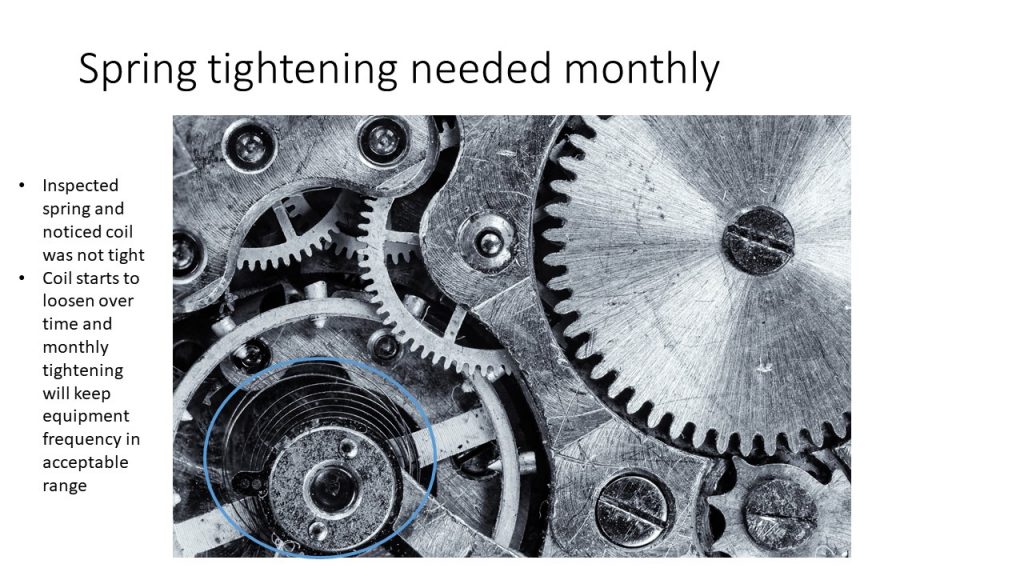 The work to reduce corrosion happened in one area of the equipment. The blue oval indicates the area but it is hard to see on top of a dark colored part of the image. The text describing the work is in bullet points off to the side which makes it hard to connect the activity to the image.

In the makeover I used a semi-transparent mask to partially hide the parts of the image that are not the focus of the message. 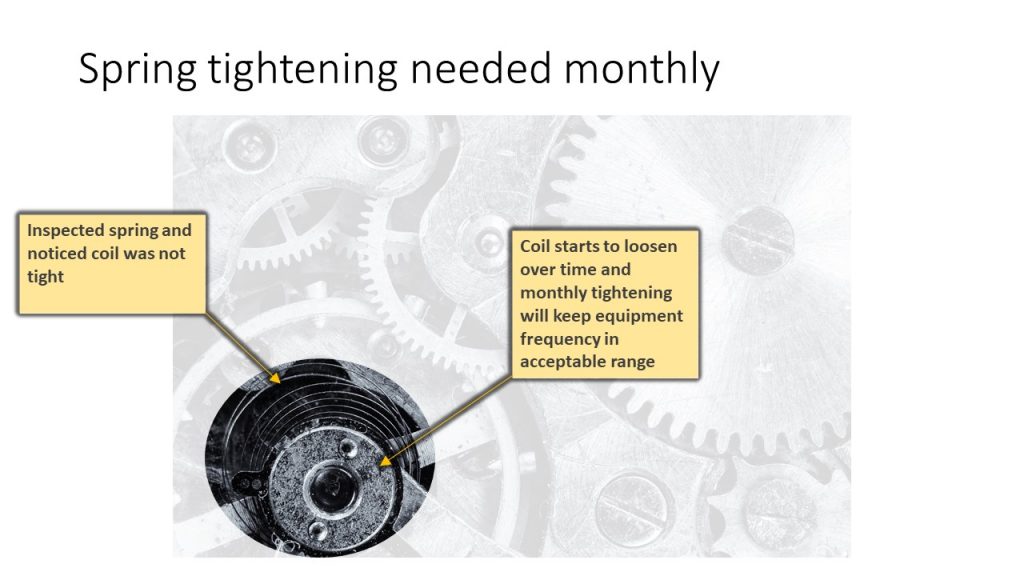 I also converted the bullet point text to callouts that connect the text explaining the action taken to the specific area of the equipment.

Creating a mask in PowerPoint uses the shape combine functionality. The instructions in the first example (called The face in the crowd) of this article by BrightCarbon explain the technique well (Richard Goring, a new PowerPoint MVP is a Director at BrightCarbon). I suggest setting the mask color to the same as the slide background color and using 15% transparency so the only focus of the viewer is the one section that shows through the mask.

For the callouts in the example above I used the Line with No border callout shape. I set the fill color to a light golden color so it would have contrast with the black text. I added a large arrow to the end of the line to make the specific location more prominent. I also added a black glow to the shape so it stands out against the background that contains the masked image.

I would also suggest using build animation to help tell the story. Start with the complex image fully visible so you can explain the context. Then add the mask so the viewer is focused on just the one area. Finally add each callout one at a time, explaining the activity and how it helped achieve the overall result.

For complex images where your message is focused on one area, use this mask technique to focus the viewer while still giving them the context in the background.