Comparing actual spending to budgeted spending is an important topic in many presentations. Too often the actual and budget amounts are shown in a table and the audience is expected to subtract large numbers in order to understand the difference. My latest makeover demonstrates how you can use a diverging bar chart with explanations to show the relative difference across projects.

While actual and budget figures are typically shown as a large table (usually copied from a spreadsheet), the original slide used a graph. 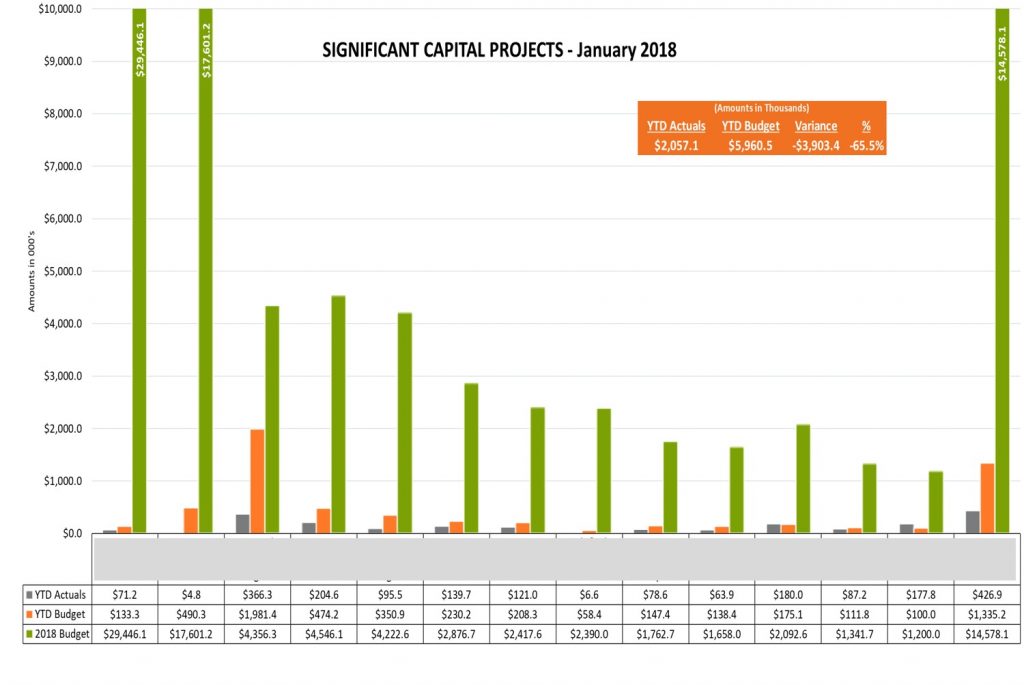 In this case, using a graph is no better than using a large table. The graph just shows the values in columns and actually makes it even harder for the audience because they have to figure out the value represented by each column before they do the math. That is so difficult that a table of numbers that duplicates the graph information is added but only clutters up the slide.

In the makeover slide I visually show the differences so that the audience can focus on the important message. 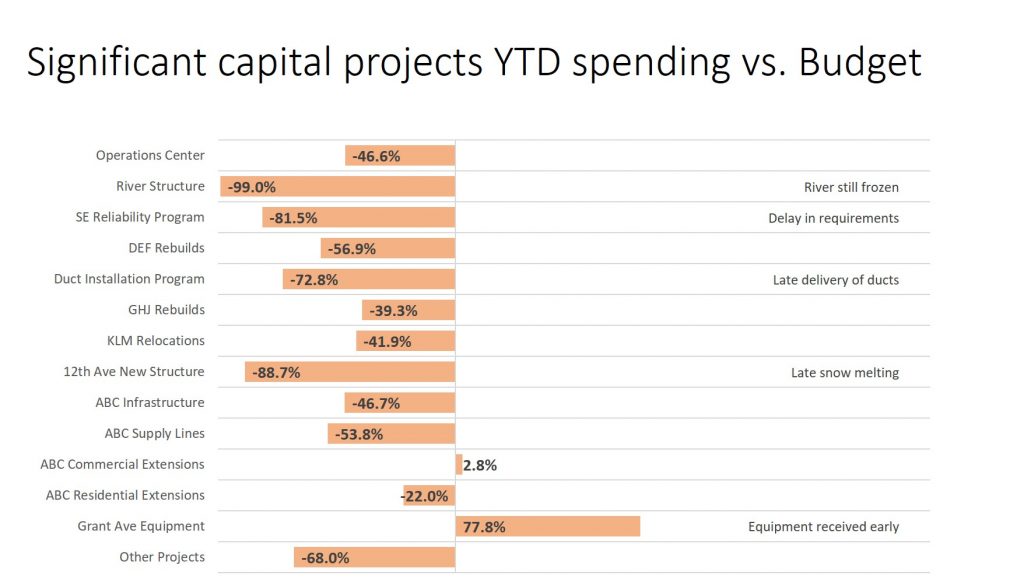 I’ve cleaned up the graph by replacing the horizontal measurement axis with data labels in each bar. This makes the graph easier to interpret for the audience. I’ve also added explanations to some of the bars to answer some questions that the audience is likely to have from viewing the graph. These explanations will be where the presenter will likely focus the discussion when presenting the slide.

The explanatory text is drawn from cells in the worksheet, not added using text boxes. This feature was added in Office 2013 and is one of the expert-level techniques I demonstrate in my new Excel Chart Skills 501 online course.

In the makeover video below you will see a more extensive explanation of the key changes I made and why I think they help the audience understand the message better.

When you are communicating the difference between actual and budget amounts, consider using a diverging bar chart with explanations instead of a table of numbers. It will help your audience focus on the message you want them to understand.