At the recent Microsoft MVP Summit we were discussing inking in PowerPoint. It is relatively rare that inking is useful in business presentations, as callouts usually serve as a better way to direct the audience’s attention to a particular spot on a slide. But as I watched what they were discussing, I realized that we could use inking as a way to create organic, natural looking highlighting for text or numbers.

One of the features that presenters have asked for is a way to highlight text in PowerPoint. Word has a highlight function, but PowerPoint does not. By using inking in a “back door” type of way, we can create our own highlights on a slide that look natural, like we are using a highlighter on a piece of paper.

The easiest way to show you how this is done is on video, so I created a short video here (This technique works in all common versions of PowerPoint (2007-2016)):

You can also use this technique to highlight numbers on a spreadsheet like this example: 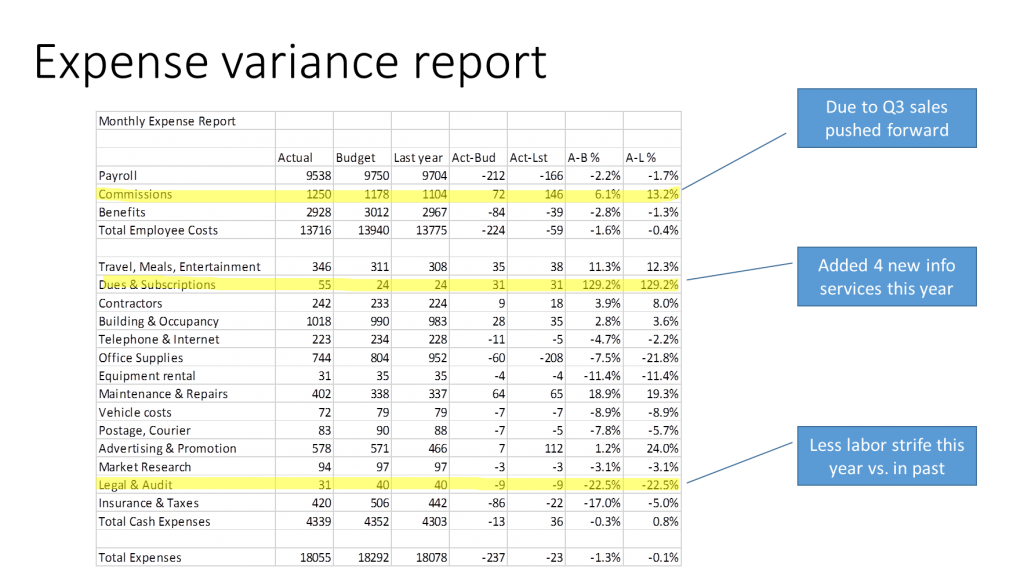 This organic highlighting technique is great when you want to emphasize a few words or a row of numbers. It works no matter whether the underlying text/table/image has a transparent background or not. It could even be used on a diagram created in a graphics software package.

Use this “back door” inking technique the next time you want to use highlighting on a PowerPoint slide.